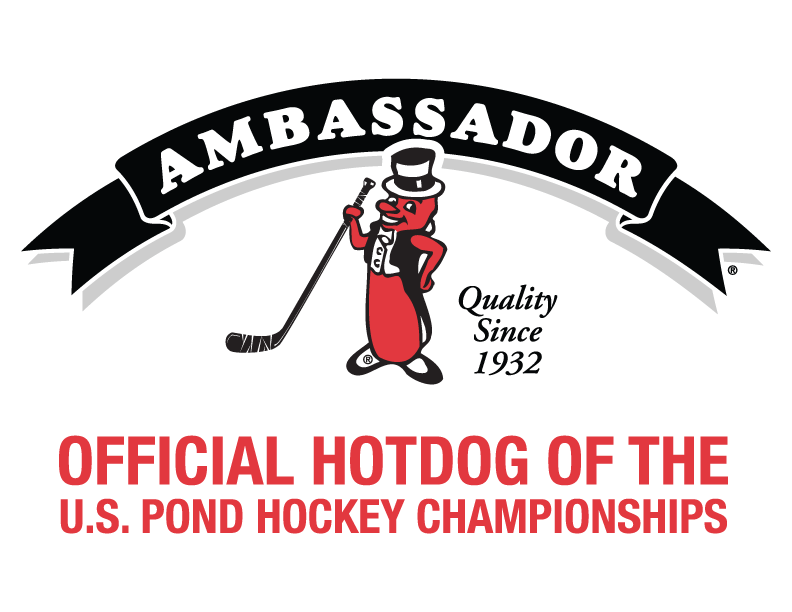 Munster, IN (January 17, 2023) -- Ambassador Meats has teamed up with Minnesota’s premier pond hockey event, the U.S. Pond Hockey Championships, for the second consecutive year. The partnership marries two uniquely Minnesota favorites – pond hockey and Ambassador Meats – and celebrates Ambassador’s deep roots in Minnesota dating back to the brand’s founding in 1932.

This year marks the second year of the partnership for which Ambassador Meats serves as the Official Hot Dog partner and Championship Rink sponsor of the U.S. Pond Hockey Championships. The events kick off on January 20, 2023, marking the first of two weekends of tournament play.

“Ambassador and the U.S. Pond Hockey Championships are both well-known Minnesota gatherings worth celebrating,” said Rich Carlson, Sr. Brand Manager. Both have deep connections to the local community and traditions, making the partnership a perfect match!

Ambassador’s air-powered hot dog cannon is back this year to launch hot dogs into the sky and will mark a ceremonial start to the 2023 U.S. Pond Hockey Championships.

Players, spectators and families will have a chance to win free hot dogs for a year and other Ambassador-branded prizes while at the tournament. Throughout the tournament, Ambassador’s Old Fashioned Wieners and Smoked Bratwurst will be sold at the concessions.

Ambassador has been serving Scandinavian-style natural casing hot dogs in Minnesota since 1932. With its unique, slightly sweet flavor, these old-world hot dogs and sausages are hardwood smoked and include all-natural spices, no fillers and no artificial colors or flavors. The Ambassador line of products is available throughout Minnesota, western Wisconsin, and eastern North and South Dakota. For more information, https://www.wimmersmeats.com/brands/ambassador/.